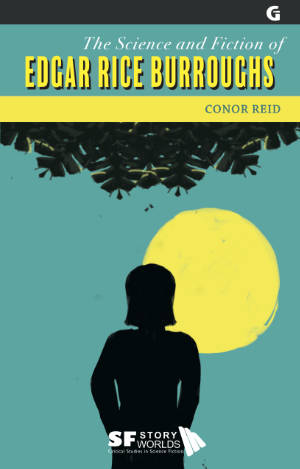 The Science and Fiction of Edgar Rice Burroughs

American author Edgar Rice Burroughs once wondered, in letter to his editor in 1919, whether he was ‘going to be known as Edgar Rice Burroughs the author or Edgar Rice Burroughs, author of Tarzan of the Apes’. A century on, the latter is quite obviously the case, and Tarzan has inspired decades of films, novels, comic strips, radio shows, television series and more. Yet Burroughs’s wider literary output, despite making him one of the most commercially successful authors of the twentieth century, has received very little critical attention. Burroughs was the author of a foundational science fiction series and a huge variety of other sf tales, alongside westerns, jungle adventures, detective stories and two dozen Tarzan sequels.

The Science and Fiction of Edgar Rice Burroughs critically analyses the work of a prolific and influential writer so often reduced to the author of a single work. Examining his fiction in the context of his biography, his personal and business correspondence, as well as his extensive journalistic output, Burroughs is presented as one of the most important popular authors of the twentieth century.

Linking the study together is science, an area of profound importance for Burroughs; evolution in its multiple, often contradictory, senses; theories of racial, social, gender, and cultural development; social Darwinism in all its multifarious forms; the conflict between the primitive and the civilized; the image of the ape and the ape-man. Reading Burroughs gives a key insight into the mass reception, spread and diffusion of the science of this period. His work provides an opportunity to examine how fiction engages quite explicitly with science, as well as the many ways in which science and literature overlap, distort, inspire and influence each other.

1. ‘To glimpse, in some sort, our future’: Mars, Evolution and Barsoom

2: ‘Nothing is impossible to science’: Eugenics, Utopia and the ‘Amtor’ Series

3. Tarzan of the Anthropologists

4. Tarzan of the Anthropologists