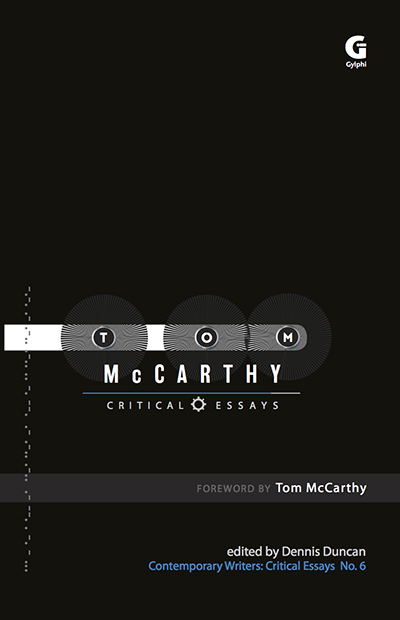 Since the appearance of Remainder in 2005, Tom McCarthy has emerged as one of the most significant British novelists of the twenty-first century, with two of his first four novels appearing on the Man Booker shortlist. This collection, the first devoted to McCarthy, offers a breadth of angles on the novels Remainder (2005), Men in Space (2007), C (2010), and Satin Island (2015), placing them in their literary and philosophical contexts, from the avant-gardes of the early twentieth century to the speculative realists of the early twenty-first. The essays cover topics ranging from the roles that geometry, architecture, memory, materiality, and posthumanism play in McCarthy’s writing; they consider his relation to modernism and to postmodernism; and they examine his artistic output under the guise of the International Necronautical Society.

This outstanding volume provides authoritative and energetic insights into the work of one of contemporary literature’s most idiosyncratic innovators. UnderDennis Duncan’s careful editorship, the book rises to the challenge of being the first of its kind devoted to Tom McCarthy’s writing, as contributors offer a series of multivalent perspectives on an oeuvre that has impishly evaded categorization. Bringing toget her timely and adventurous approaches, the collection does full justice to McCarthy’s bracing responses to modernism, humanism, realism, and postmodernism. By confronting such paradigms without dismissing them, the chapters here give us the resources for keeping pace with the formal and intellectual developmentof this extraordinary writer. --David James, Queen Mary, University of London, author of Modernist Futures

An indispensable guide to the project of Tom McCarthy, one of contemporary fiction’s most exciting voices. Exploring the rich conceptual landscape of McCarthy’s work, this wide-ranging collection demonstrates McCarthy’s centrality to current critical debates about the legacies of modernism and the avant-garde, the aestheticsof the contemporary, and the philosophical value of the inhuman. Sensitively tuned into McCarthy’s strange transmissions, these essays chart a bold course for future encounters with this fascinating writer. —-Justus Nieland, Michigan State University

Foreword: On Being the Subject of a Conference or, What Do I Know?
Tom McCarthy

3. Dummy Chambers and Ur-Houses: How to Find your Way Around in Remainder
Gill Partington

4. ‘Strange diagonal which was thought to be so pure’: Calculating the Square Root of Tom McCarthy’s Geometric Exhortation
Mark Blacklock