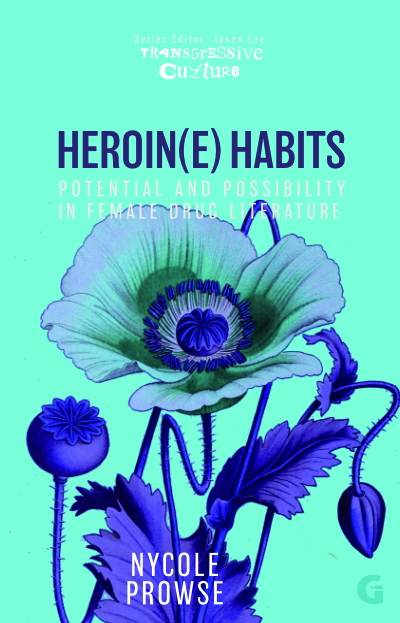 This book traces addiction as a persistent and governing socio-literary trope, with the troping of narcotics in particular representing a problematic relation to Law. The book’s central tenet is that a gen¬dered reading of the individual’s relation to Law can be acutely ob¬served in women’s drug writing. Far from writing into, or even against, a narco-literary tradition, women drug writers as examined here are like guerrilla-raid¬ers on its vulnerable fringes – where questions of ‘Being-on-drugs’ are always in doubt. It argues for the trope of addiction as an apparently extreme but ordinary expression of selfhood, which women drug writers consistently raid and challenge.

This is a welcome, long over-due addition to the critical study of drug literature, and feminism, arguing for a distinctive female writing of the narcotic experience. The book is theoretically astute in its anatomy of the existential crises articulated in the dominant masculine ‘canon’ of drug literature, but refuses the idea that women drug writers are governed by the same preoccupations. Prowse’s particular prowess is to map the ways in which female drug texts are not so much in dialogue with ‘the canon’ as they are intellectually aware of it but independent from it. Carefully selecting women drug writers, from Elizabeth Barrett Browning, through Emily Hahn, Anna Kavan and Helen Garner to Laura Albert, Prowse demonstrates how their individual works are underscored by shared thematics. The cultural imaginary of drugged women as ‘abject’ is re-written and re-read as a discourse of self-affirmation and agency. --Brian Musgrove

6. Into the Urban Labyrinth: Helen Garner