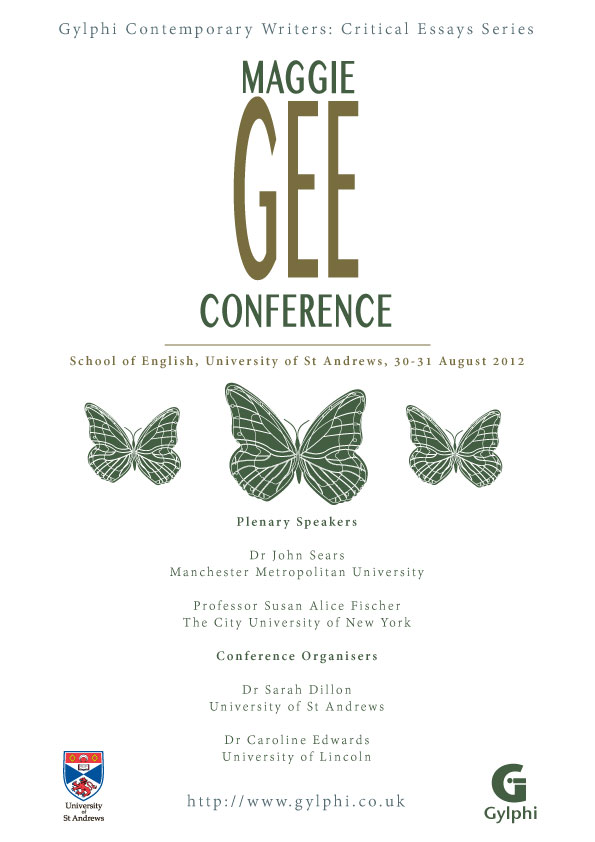 Support this event by sharing.

This two-day international conference aims to bring together scholars for the first academic conference dedicated to Maggie Gee’s writing. Gee is one of Britain’s most prolific and critically-acclaimed novelists: the author of 12 novels, as well as collections of short stories, edited anthologies of contemporary writing and, most recently, an autobiography – My Animal Life (Telegram Books, 2010).

Since she was selected for Granta’s first list of Best of Young British Novelists in 1983 (in company with Salman Rushdie, Kazuo Ishiguro, Martin Amis, Pat Barker, Julian Barnes, Ian McEwan and Rose Tremain), Gee has worked in publishing, academic research (gaining a PhD in the twentieth-century novel from Wolverhampton Polytechnic in 1980) and was the first female Chair of the Royal Society of Literature. She is currently working as one of the Society’s Vice Presidents, as well as acting as Visiting Professor of Writing at Sheffield Hallam University. In addition to her publishing and academic responsibilities, Gee is also highly critically acclaimed: her eighth novel, The White Family (2002), was shortlisted in 2002 for the Orange Prize for Fiction as well as the International IMPAC Dublin Literary Award in 2004.