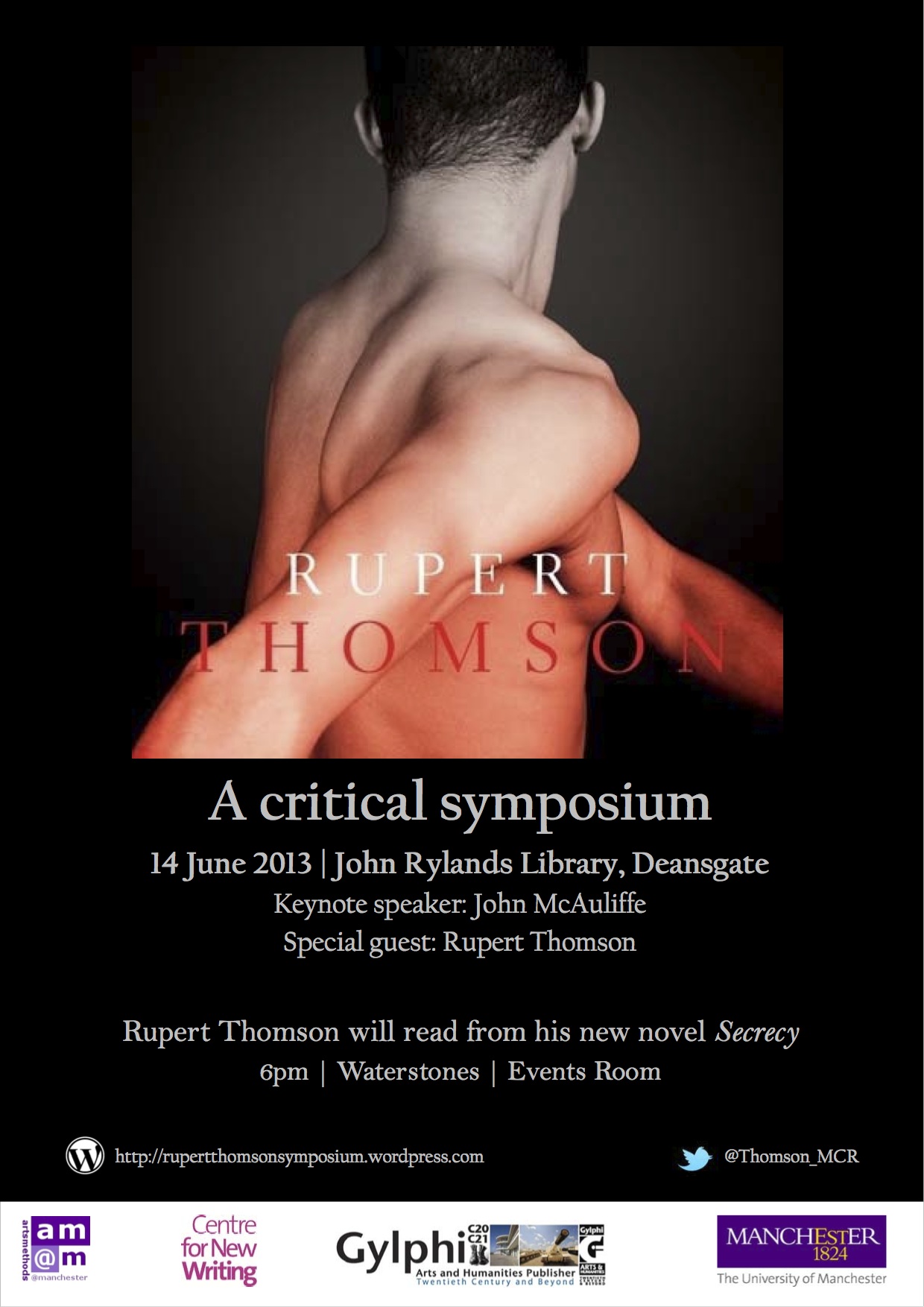 Support this event by sharing.

Public event:
Rupert Thomson will be reading from his new novel Secrecy

Thomson’s extraordinarily varied oeuvre offers a compelling case study in late twentieth and early twenty-first century literature: an experimental and innovative corpus without a dominant that engages with the legacies of – yet seeks to move beyond – postmodernism. Each text represents an innovative engagement with form and subject matter, ranging from a dystopian alternative future (Divided Kingdom, 2005), to a meditation on crime and cultural memory (Death of a Murderer, 2007) and an unsettling exploration of gender violence (The Book of Revelation, 1999). Their settings vary from the distinctly British to the international (Air and Fire, 1993) and the mysteriously displaced (The Insult, 1996).